Westside Food Bank’s staff is a group of diverse and talented individuals who, with the help of over 600 volunteers annually, are committed to serving food-insecure people and ending hunger. 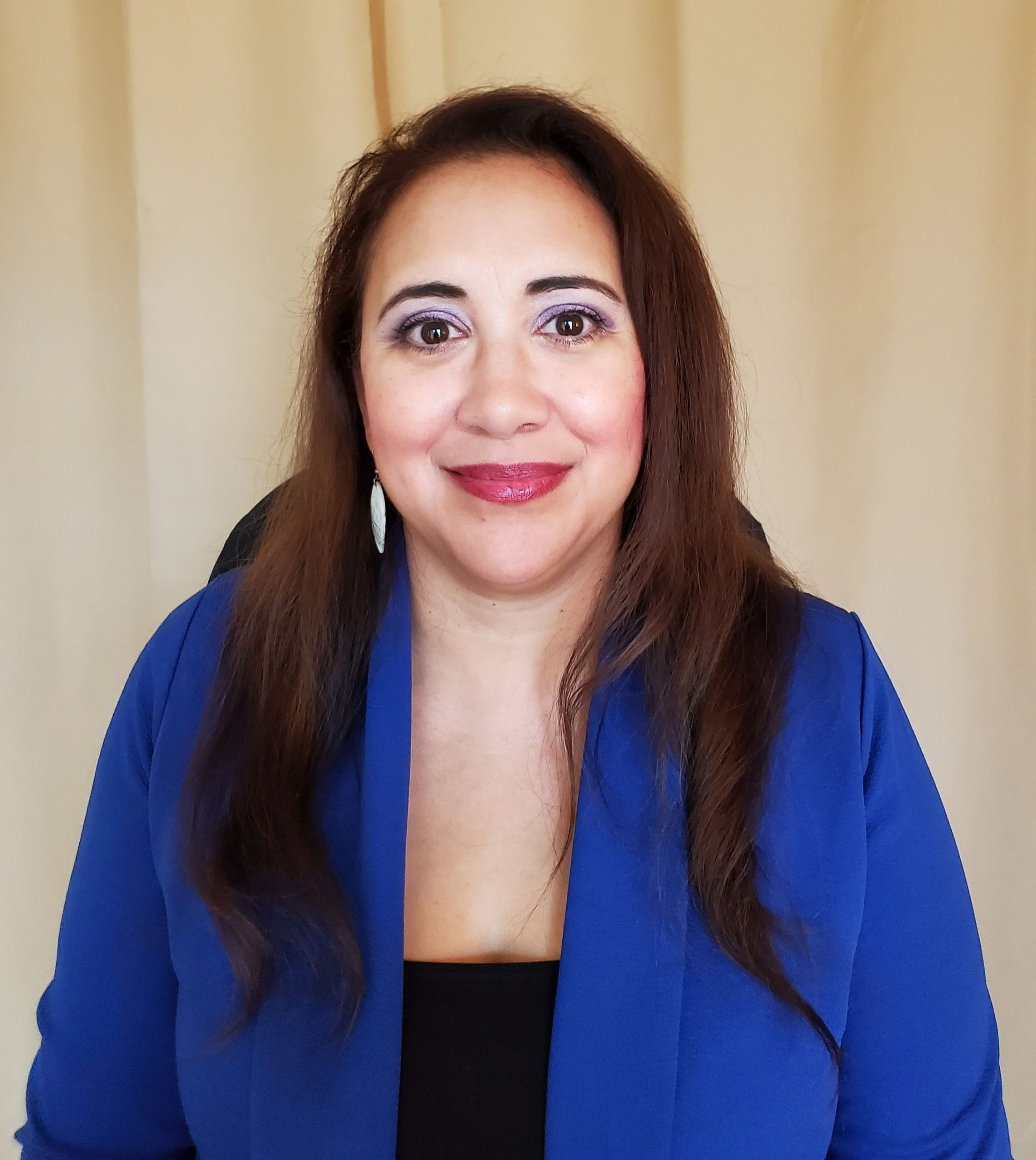 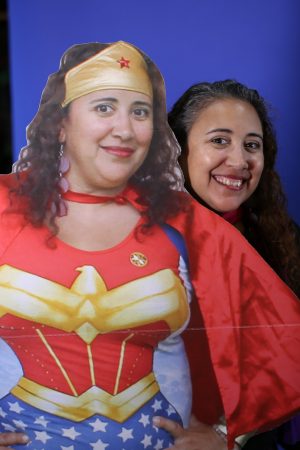 Genevieve brings more than 20 years of experience in nonprofit fundraising and management to her role as Westside Food bank’s leader. Her personal experience as a single woman of color raising a family amidst food and housing insecurity informs her hunger relief and anti-poverty work. Born and raised in Bronx, NY, as a child Genevieve benefited from numerous social service programs including food assistance, childcare, summer camp, performing arts, and scholarship programs. Years later, as a single mother of three in the midst of a divorce, Genevieve relied on government safety net programs such as SNAP (formerly known as food stamps) WIC, state subsidized healthcare, and subsidized housing. It was getting a job at Westside Food Bank in 2004 that put her on the path out of poverty and being able to support her family.

Genevieve is passionate about bringing innovative approaches to difficult problems and collaborating for community impact. She loves sharing her expertise in nonprofit management, fundraising, communications and media relations to lift others up and expand the collective impact of the social good sector. Over her more than 20-year career in the nonprofit world she has provided education on issues and impact through workshops and presentations, by facilitating meetings and roundtables, organizing conferences and convenings, and providing coaching and mentoring.

She has worked at Westside Food Bank since 2004, previously serving as Deputy Director and Chief Development Officer. WSFB’s income has more than tripled during her tenure with strong support from private foundations and individuals.

Genevieve has represented Westside Food Bank in hundreds of media appearances including on-air interviews for radio and television programs, podcasts, webinars, live talks, and newspaper and magazine articles. She was the host and producer of the City TV Santa Monica talk show Nonprofit Profiles  for 3 seasons where she interviewed nonprofit leaders, staff, volunteers, and clients and has produced numerous promotional videos and PSAs.

She currently serves on the Board of Cornerstone Theater Company which makes new plays with and about communities. She formerly served as Vice President of Communications on the Board of the Association of Fundraising Professionals, Greater Los Angeles Chapter and helps to produce its Annual National Philanthropy Day Awards Celebration and Conference, most recently serving as co-chair of the event committee. For over a decade she served on the Board of the Nonprofit Communications and Media Network, helping to provide media competency training, forge connections, and create community between nonprofit and news media professionals.  She is now the mother of 3 young adults and enjoys performing at live storytelling shows in her free time.

Yvonne Leung is the Chief Operating Officer at Westside Food Bank, overseeing the day-to-day operation of the food bank. She started at WSFB as a volunteer in 2004, and was hired as WSFB’s Program Director in 2005.  She became the Director of Operations in 2014 and was promoted into her current role in 2022. Yvonne is passionate about harnessing technology to improve existing systems and increase efficiency. She spearheaded the process of transitioning WSFB to using the Primarius inventory system, which has been invaluable for effective food distribution during the Covid-19 pandemic.  Yvonne developed an operations manual and digitized it into a wiki, allowing staff to update the manual as their work evolves. She also created an online web app for scheduling the food bank’s food drives, leading to better communication with donors and easier tracking for staff.  She enjoys learning new things and applying that knowledge to her work.

Yvonne is a key member of Westside Food Bank’s Strategic Planning team and is currently focused on developing initiatives to expand the provision of healthy food to underserved populations. She is also a Board Member on West Los Angeles College’s Food Pantry Advisory Board.

Allison Griffith has been working at Westside Food Bank for over 20 years. She has a passion for helping transitional-aged foster youth and ran a program that served young women transitioning out of foster care for many years. Allison enjoys working closely with Westside Food Bank’s member agencies. She connects perishable food donors with agencies, and coordinates Westside Food Bank’s large individual, community and corporate volunteer program. Allison also finds great satisfaction in helping our veterans. She is deeply grateful that WSFB’s direct service program to veterans was entrusted to her to run in 2016. She loves working with the other Westside Food Bank staff and is grateful to be part of the WSFB team. She is also grateful to be able to bring Peanut, her beloved chihuahua, to work everyday. 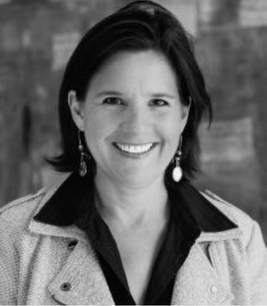 Crissi Avila is Westside Food Bank’s Development Manager. She currently works with the Director of Development on several initiatives related to  fundraising and communications including donor relations and customer service, fundraising reports, events and Board support.

Prior to her arrival at Westside Food Bank, Crissi spent several years in the real estate industry as a Broker and Investor. Since graduating college, she has been volunteering for a variety of nonprofits across Los Angeles and was recently serving as Co-President of the League of Women Voters, Los Angeles. When she’s not at Westside Food Bank or reading the latest political news, she is out hiking, taking a road trip, or networking! 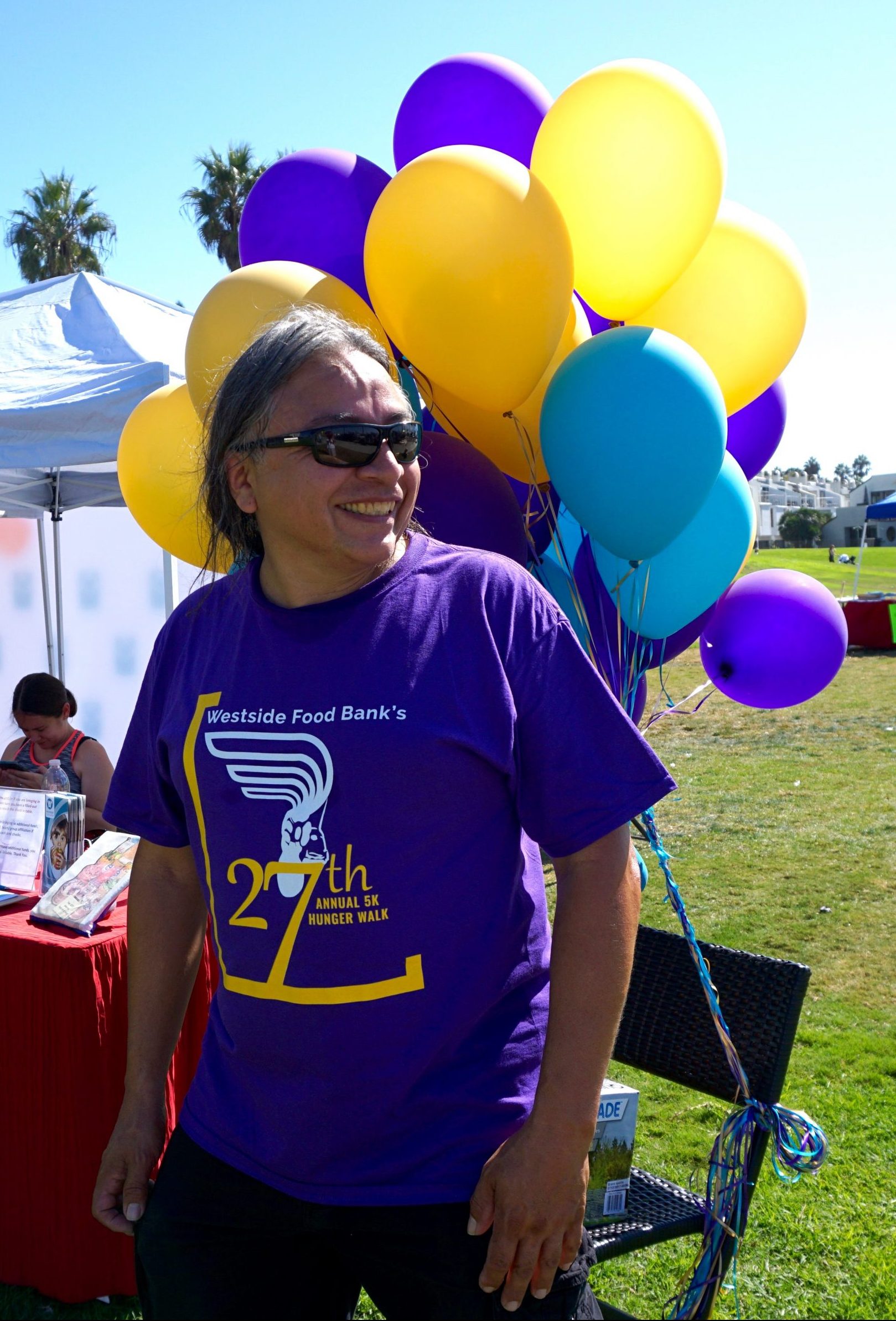 Milton Gonzalez has worked at Westside Food Bank since 1983. With a spotless driving record, astounding forklift wizardry, and a generous spirit, Milton is an invaluable member of the team and admired for his dedication and positivity. As Warehouse Manager, he has trained and mentored fellow warehouse staff. He is a reliable, friendly face for the growing number of agencies that receive food from the Westside Food Bank. He has witnessed changes in LA and especially recognizes a need for the Food Bank as the middle class shrinks and the cost of living rises. Milton was born in Ecuador and moved to Connecticut with his family at 5 years old. He is also well-known on the Westside for his hand-crafted robots. Each robot is unique and beautiful – a fitting symbol of Milton’s creativity, determination, and fun-loving spirit. 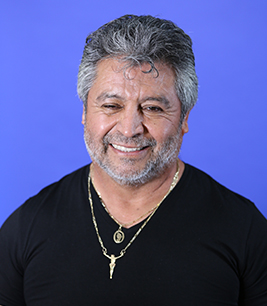 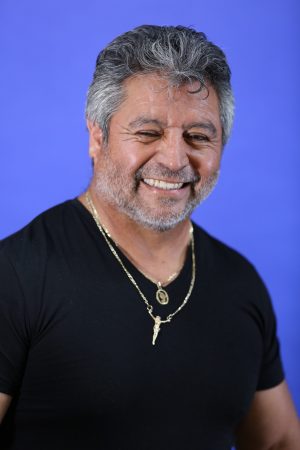 Rocael Garcia has worked at Westside Food Bank for over 30 years as the Assistant Warehouse Manager. He was introduced to Westside Food Bank through Warehouse Manager Milton Gonzalez’s family. Rocael is very organized and efficient with paperwork. In his spare time, he likes watching soccer, especially the World Cup. He also works out for two hours a day, five days a week. 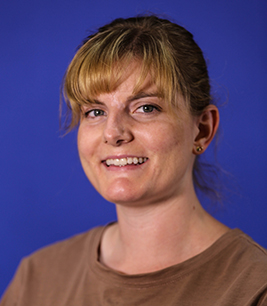 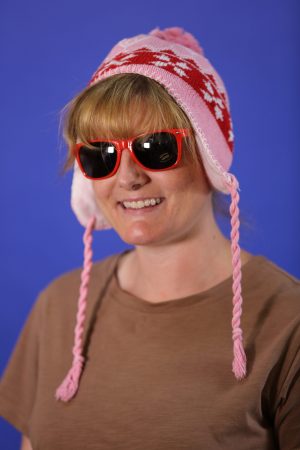 Brittney Calhoun has worked and dedicated more than 5 years to Westside Food Bank to help achieve their mission. Brittney joined the WSFB family in 2014 as an intern working with her current supervisor, Yvonne Leung, on the Food Bank’s internal operational manual. Recognized for her passion and talent, Brittney was promoted from Administrative Assistant to Operations Specialist in 2020. She currently assists all staff with office operations, but her biggest focus is working closely with WSFB’s Director of Operations, Yvonne Leung, on agency organization and administration, internal operations, and food management.

Brittney received a BA in English with a focus in Creative Writing from California State University of Northridge. This degree has enabled her greatly to direct WSFB’s social media presence. She was chosen to receive the Westside Coalition on Housing, Hunger and Health’s Outstanding Service Award for her work at Westside Food Bank. In her free time, Brittney enjoys crafting, being outdoors, participating in American Cancer Society’s Relay for Life each year, and recently joining the American Brain Tumor Association’s fundraising efforts. 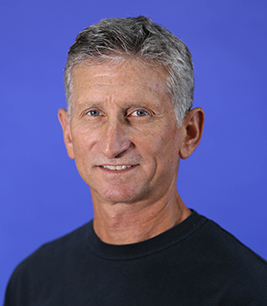 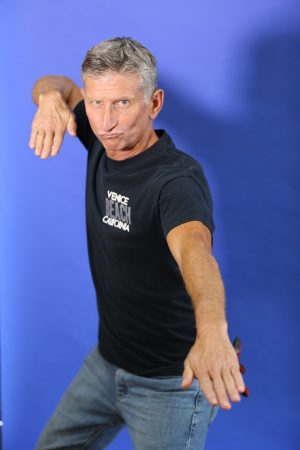 Steve Potik retired in 2018 after a long career in construction. He began as a carpenter and ended as a construction superintendent. After retirement, Steve started volunteering at the WSFB warehouse by performing facility maintenance repairs, helping with food pickups and day-to-day warehouse operations. He always planned to give back to the community in some capacity after retirement so, having grown up in Venice, Westside Food Bank seemed like a great fit as he believes in its mission. After volunteering for a few months at WSFB, he was hired as a part-time Warehouse Specialist. He has been able to apply his construction experience in planning facility upgrade projects with contractors, along with day-to-day warehouse operations. Steve finds the work to be fulfilling and fun, especially with the increase in food demands associated with the COVID-19 pandemic. When Steve is not working at the warehouse he is usually at the beach surfing, riding his bike or just relaxing. 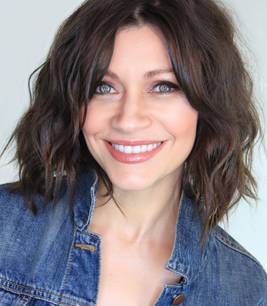 Quincy Gibson grew up in the Los Angeles area and brings a breadth of Warehouse and Logistics experience. 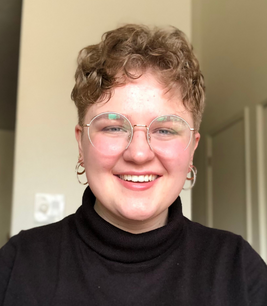 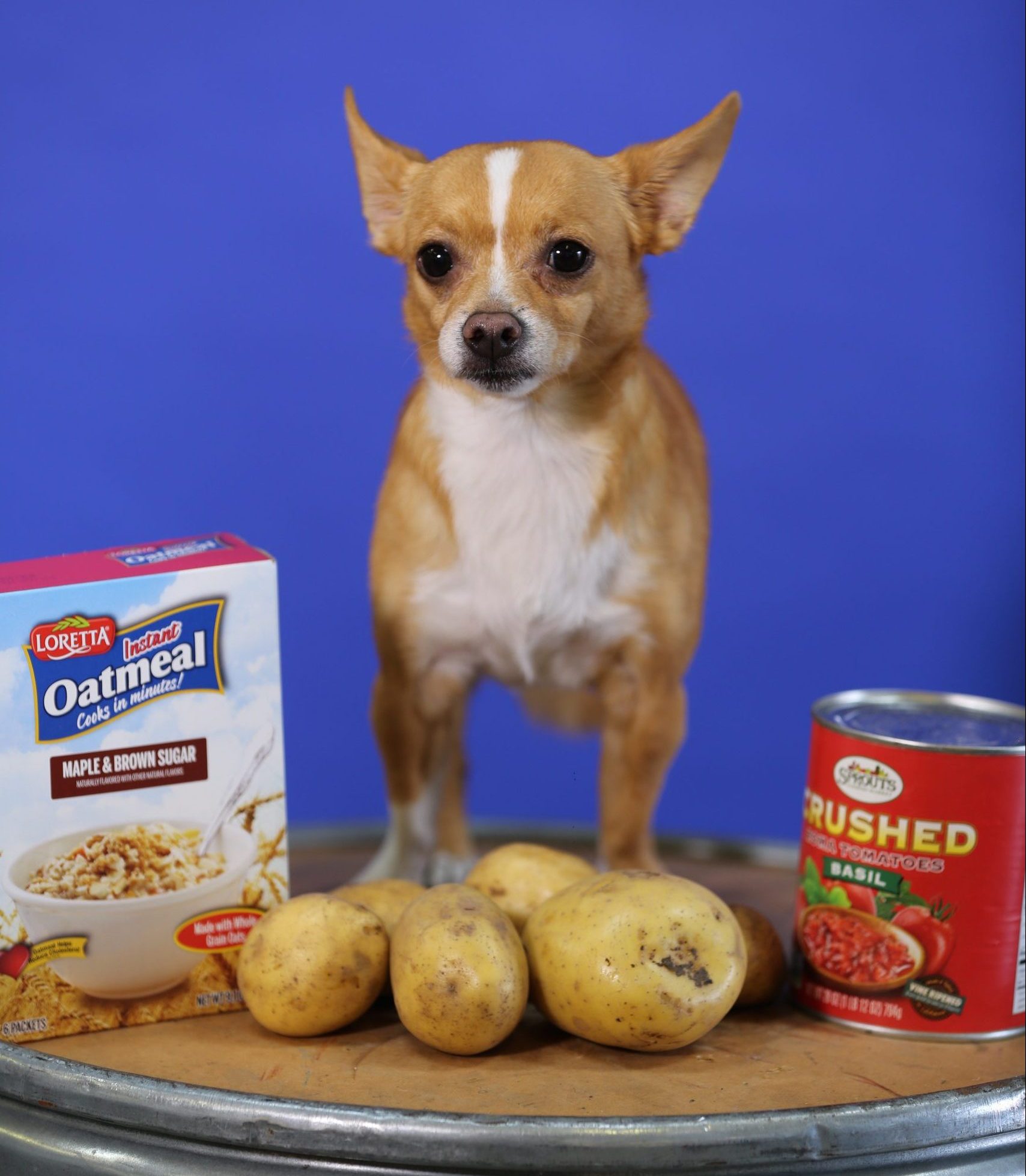 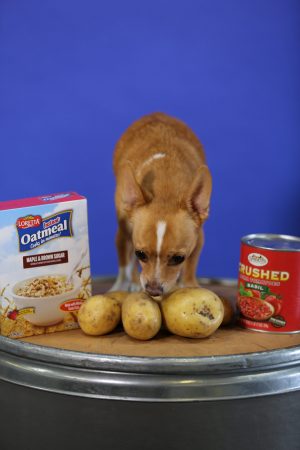 Peanut is Westside Food Bank’s youngest team member. As Chief Canine Officer, Peanut provides daily support to all staff members. She is in charge of a wide array of duties including mail sniffing, tennis ball chasing, morale boosting, doorbell back-up, and volunteer greeting. Peanut regularly attends meetings, and is not afraid to speak up and voice her opinions in every room she walks into. She is a proud and loyal WSFB team member. You can find Peanut on Westside Food Bank’s Instagram, Facebook and Twitter pages as a frequent contributor and model. She enjoys dressing up for every holiday – especially those that can include a tutu. Outside of work, she enjoys going on short but frequent walks and cuddling with her feline and guinea pig roommates.

Members of Westside Food Bank’s dedicated and passionate Board of Directors volunteer their time and expertise in pursuit of our mission through governance, long-range planning and fundraising. 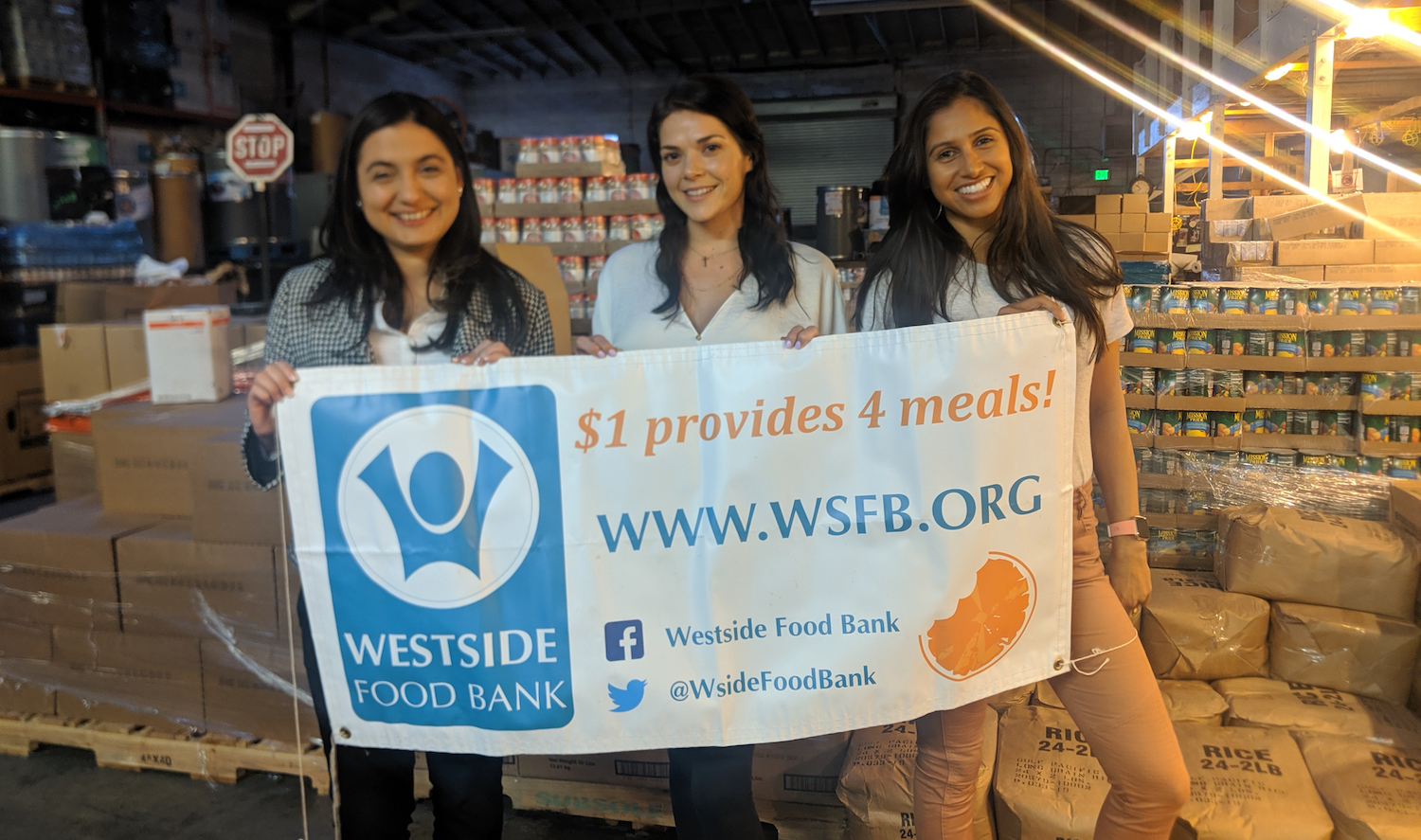